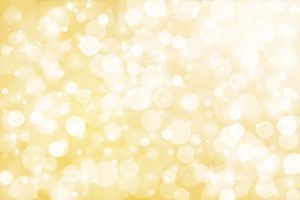 When you study Sanskrit, you engage two subjects at the same time: The scholarly and the mystical. In my classes, I often share that Sanskrit is a meeting place of high grammar, which includes mental gymnastics of the intellectual world, and it’s also a doorway to the world of mysticism.

Learning Sanskrit shows the practitioner that perhaps the two worlds, i.e. the intellectual and the mystical, are not so far apart and that they can compliment each other. Understanding the grammar of Sanskrit allows the reader of a verse or mantra, to grasp what I call the first level of meaning; this is what the words are literally saying and in what order. This is an important step in Sanskrit and Yogic development, as it allows the student to access a yogic text directly without anyone else mediating the teaching. It’s also important to note that while first level is key to Sanskrit wisdom, it’s not the final level. First level is what the words are saying word for word, while final level involves the mystical. Wikipedia describes mysticism in modern times as the aim at the union with the Absolute, infinite or God. To grow in the mystical application of Sanskrit and Yoga it is helpful to be trained by an adept who understands both.

It is often said that Sanskrit grammar re-organizes the mind. But what does that actually mean? And in what way is that important? Sanskrit training preps the mind through rigorous grammatical exercises, which re-order the patterns of the mind, according to healing energetic waves. This means that as you work with Sanskrit, studying its grammar, chanting its mantras etc., you discover a clear grammatical organization, which eventually transfers into clearer thinking and ultimately into feeling the organization of wholeness within you. Once that inward healing pattern is established, the mystical will reveal itself. When you align yourself with Sanskrit, particularly through language’s grammatical structure, and her by chanting her sutras and mantras, you come to find that you are not only learning an ancient language, or the language of the Yogis, but you are learning how to yourself be a place where the living mantra of union with the Supreme may be revealed.

Did you like this article? If so, please share it with your friends. Use the hashtags #Manorama #SanskritStudies #LuminousSoul